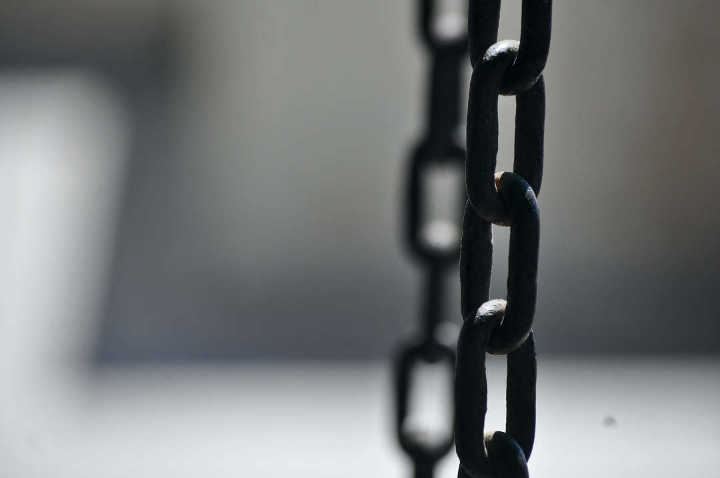 You are a slave. You might be thinking what nonsense! It’s ok, that’s a normal human response to anything to which your belief system disagrees to.
I clearly want to state I am not going to explore this topic from a symbolic(or existential) perspective, i.e, I wouldn’t be talking about the fact that we are slaves to time, God, or any other phenomena, that is not under our control.

I will explore the slavery you have put yourself into yourself. Knowingly or unknowingly, that’s another issue. Read the post completely, or simply don’t read at all. Half read post will do you more harm than good.

If you’re reading this in the 21st century, chances are you are already a victim of ‘Digital Dementia’, in simple words, you are a slave to technology. Ever felt that you’re kind of lost and dizzy after a long session of screen time? Well, that is a clear symptom of dementia. And yes, I know there’s a difference between relying on something, and being a slave.

Ok, so it started like it starts every time. In America, British settlers came, the Red Indians didn’t pay much attention, and boom, the land was no more theirs. Something same happened in India. Britishers came for trade, and we welcomed them with open arms. Trade was beneficial for sure, but we failed to keep their actions and desires in check. Result? 200 years of slavery.

The case with technology has been quite similar. Tech came in 1990s for the masses, suddenly erupted like wild fire in 2000s and was now a part of our lives. In this decade, we became heavily reliant on technology. Same mistake once again. We lost the track of when we became followers of technology, instead of it being the other way round. The time frame in which tech became mainstream is just too short, it is 15-20 years, and as expected, we humans couldn’t see the harmful impacts.

You know what’s really interesting? Many people simply deny that they are addicted. They know they show every possible symptom, yet they fool themselves saying, ”Oh, I can keep down the phone whenever I want to!” Really? Then why is there such an unease when you can’t find your gadget near you for sometime? Why can’t you stay away from social media for a few days?

Because you don’t want to. In better terms, your brain doesn’t allow you to. The need to secrete the feel good hormone surpasses logic and rational thinking. The thing about the ‘feel good hormone’ dopamine is that it is the same hormone that makes a sane alcohol consumer alcoholic, a person (just )trying drugs a drug addict and a smoker, a chain smoker(not the band). Honestly, I personally struggle from the problem of addiction from time to time. The games! God they are just so mind blowing.

Here’s a shocking news: Big corporations around the world are making billions of dollars out of your bad habit of addiction. The fact that you have become a slave to technology is the biggest reason why world’s top 5 corporations(with valuation over $600 billion each) are from tech industry.

Let’s do some analysis about how is it harming you:

It affects your physical health too. I don’t think I need to explain how.

Basically, it will kill you before your normal expiry date.

Another slavery is something I’m dead sure you are a victim of. It’s food. Did you know that sugar can be more addictive than cocaine? Chances are, you didn’t.

Here’s a mind blowing fact. A person having a protein rich breakfast will have higher chances of being agreeable, even going as far as to accept an unfair offer presented to them. Sounds funny, right? But it’s serious. This is just one of the thousands of ways your mind, habits and ultimately life can be affected just by giving you a specific kind of diet, without any added drugs or chemicals.

I’m sure you might have read again and again that junk/fast food is bad for health, and like most people, your mindset would be that it causes obesity, cholesterol and heart diseases, basically ‘physical problems’, but these foods have a far serious impact on your mental health.

You need to understand that your mind and body coexist. One’s health affects the other’s. Ever wondered why people suffering from depression become really thin(or fat)? Well, you know now.

See, the thing is, you are a slave of your own desires(in a deep sense), and the reality is, you can get out of this slavery for sure, but it’ll be hard. Your brain will eventually trick you, deceive you or even force you to continue your unproductive(and bad) habits, but with proper strategy and persistence, you shall get over this problem.

There is a fantastic solution to your problem. To successfully deal with the problem, I advise you to take the dopamine fast. The video from improvement pill describes the dopamine fast in an outstanding manner.

Keep going, never give up.